4 weeks into our #TBT  series I found myself thinking extremely hard about what we’ve done & since forgotten about…. Sutho Cops & Rodders, Road Safety & Car show was something we assisted with 2012-2013. As the title states, the event looks to promote road safety, raise money for Care Flight whilst putting a good show for the crowds coming through the gates. It also acted as a great connector between Sutherland Shire Police Area Command (was previously Sutherland Shire LAC) & the car community both locally & across broader areas.

We were given free reign over the design other than the standard guidelines about how & when to use certain logos etc. We built flyers, booklets, Facebook & Instagram posts as well as one-off requests from event supporters so they could spread the words through their businesses (eg. Design for a club digital notice board).

I like looking into the work we did in 2012 and then looking at 2013 and seeing how much we grew in such a short period of time…. and then again between then and now. 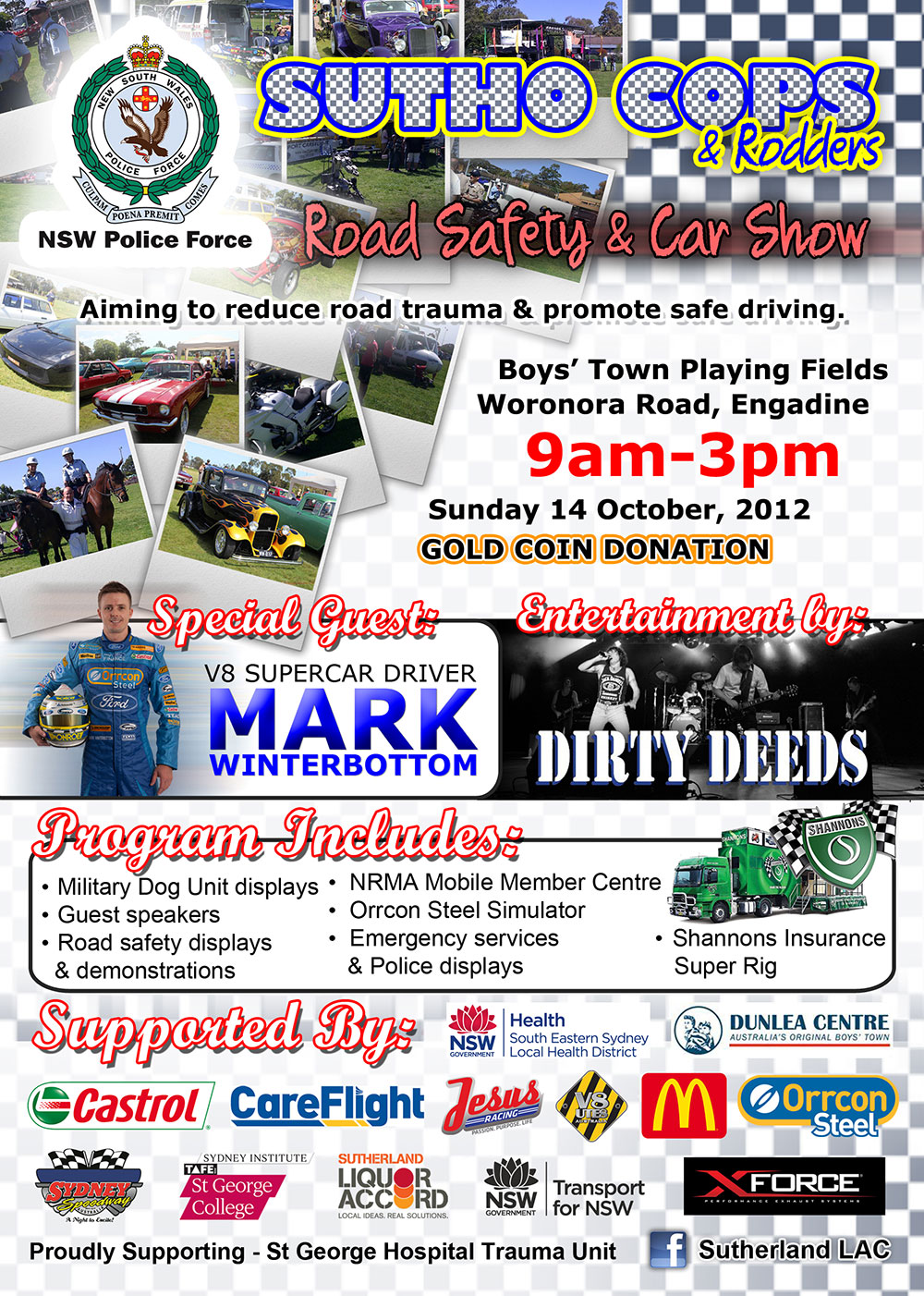 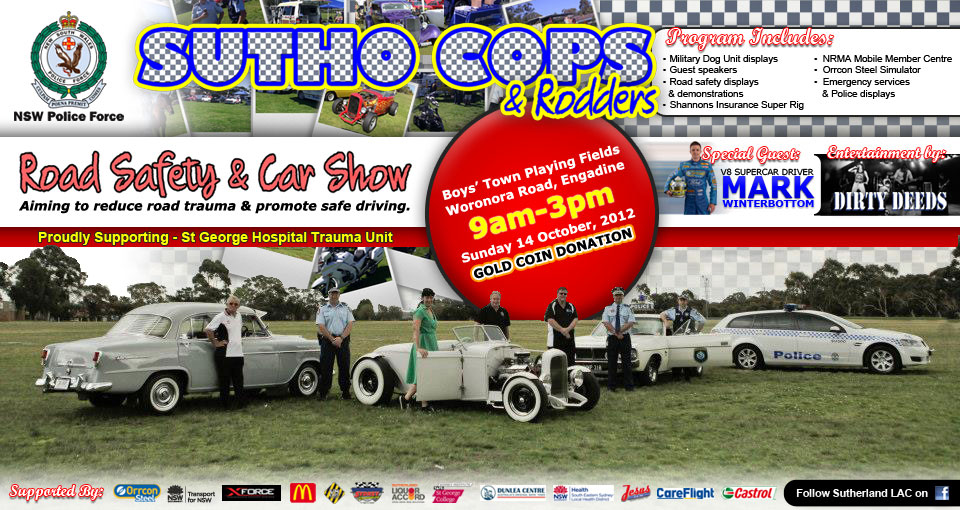 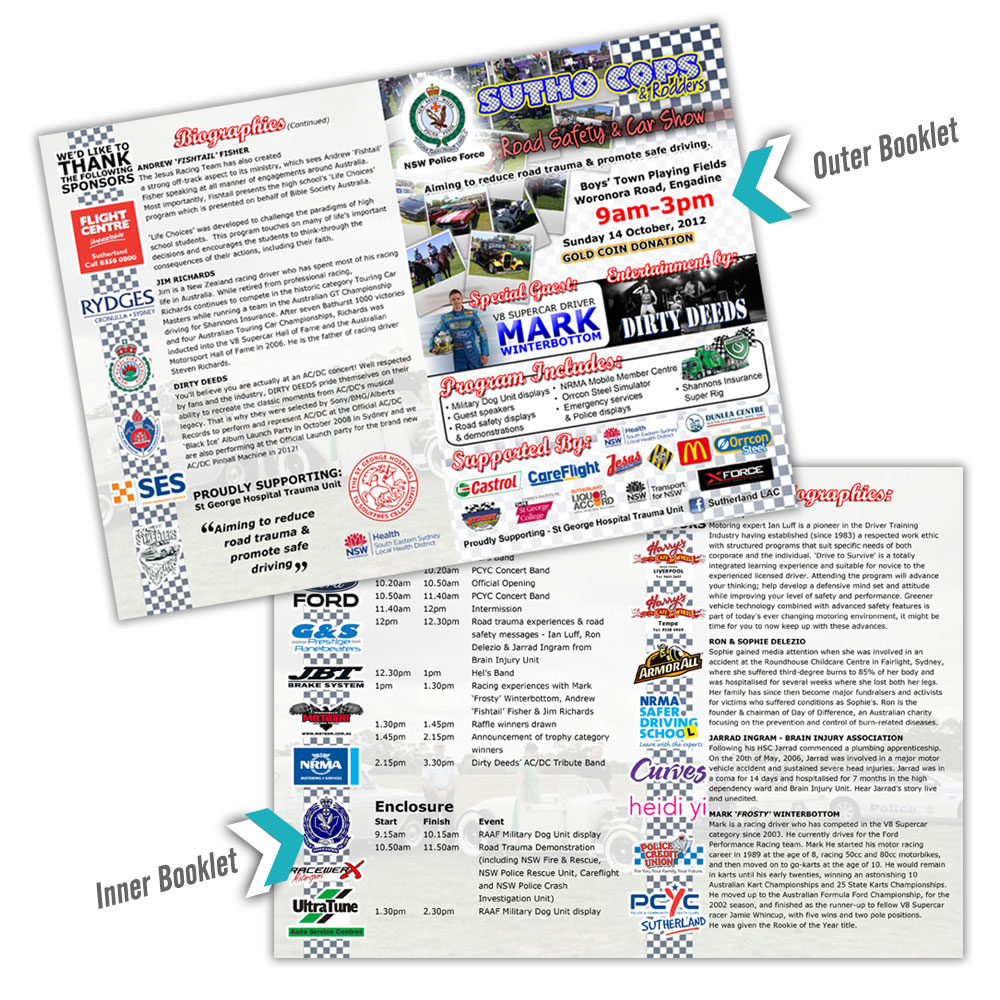 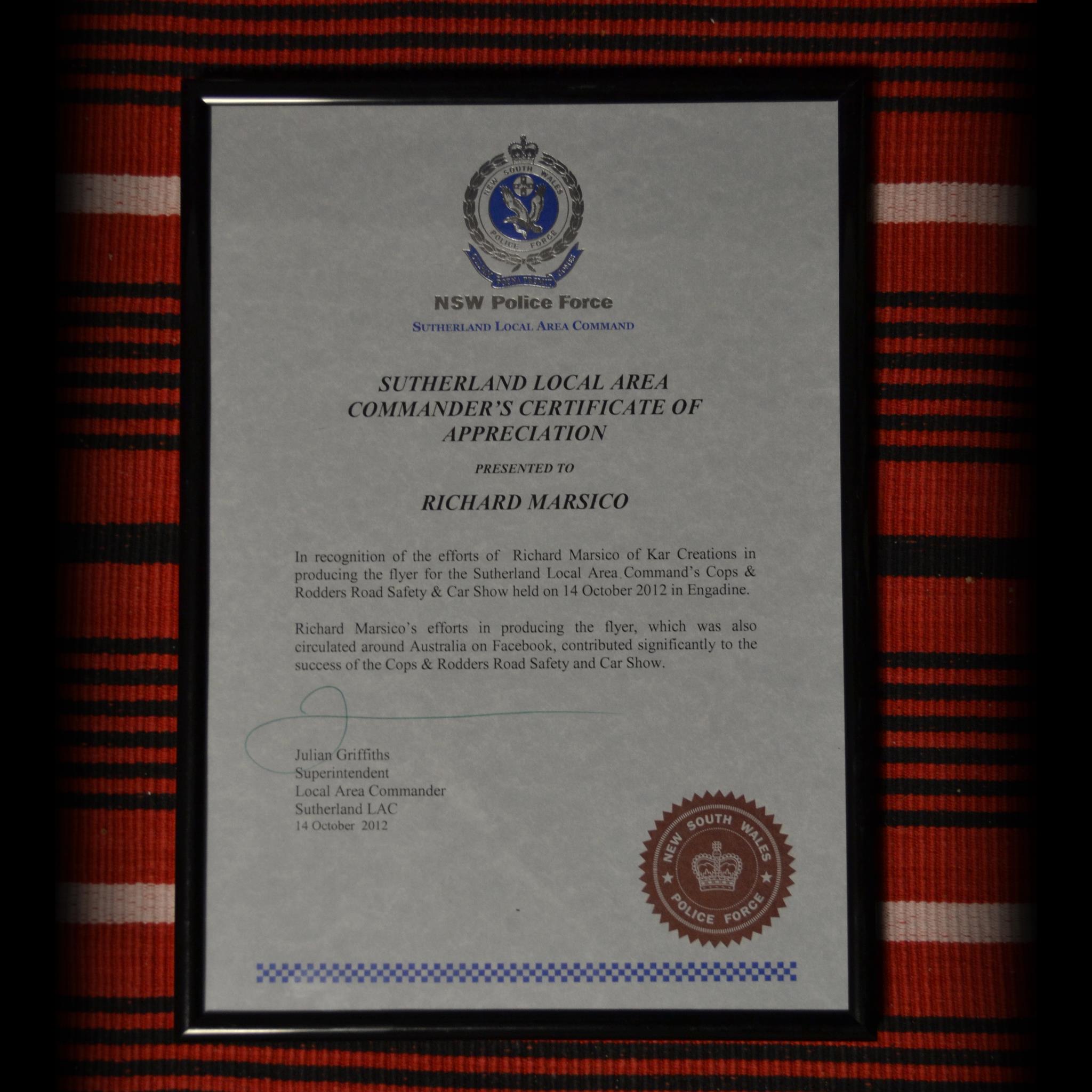 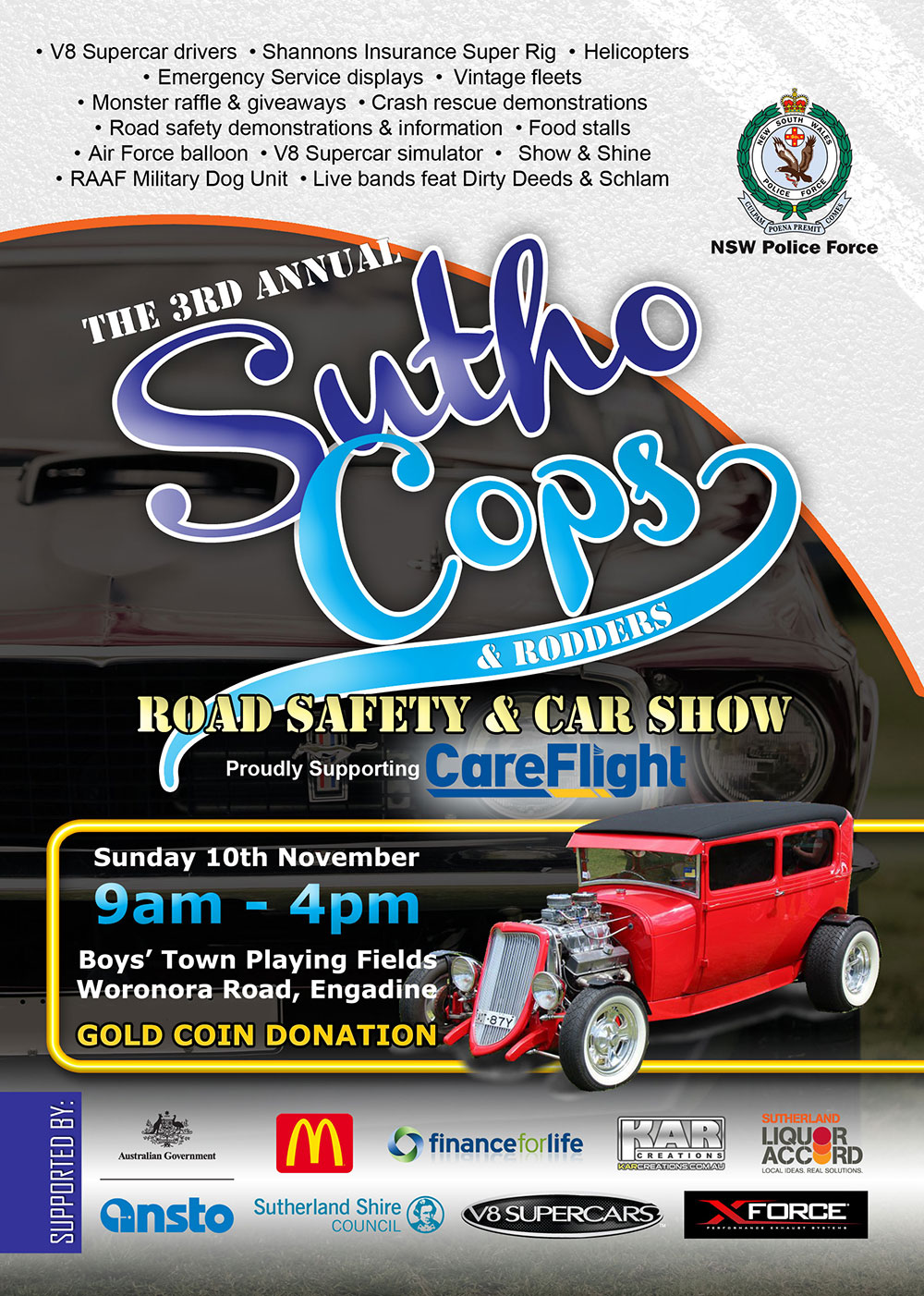 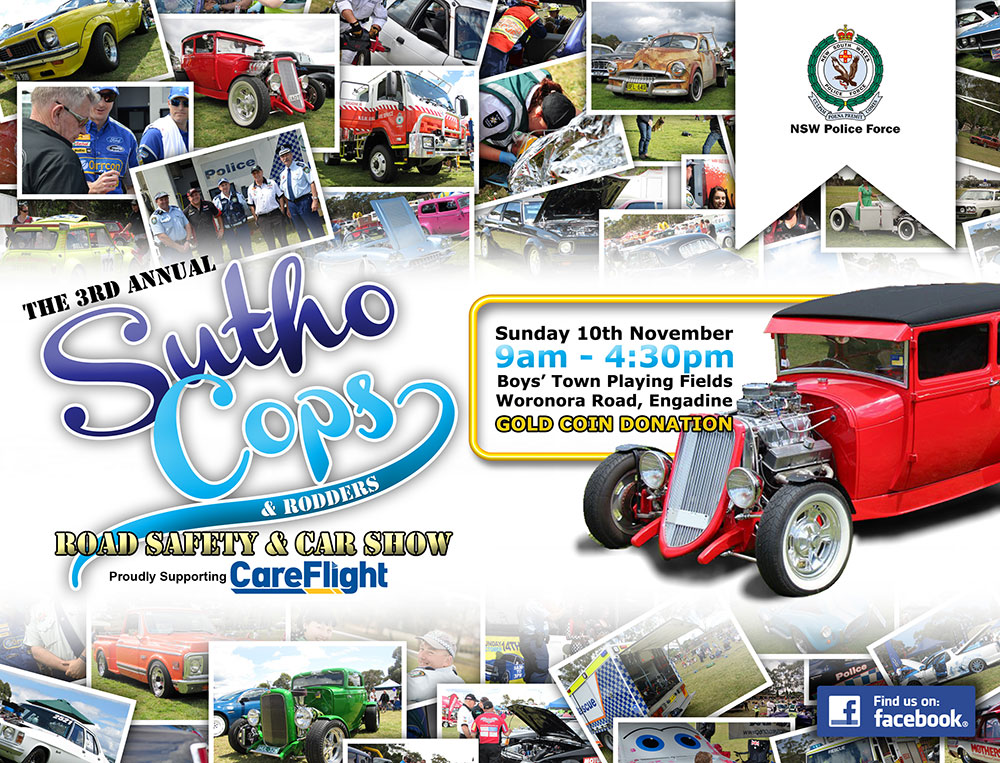 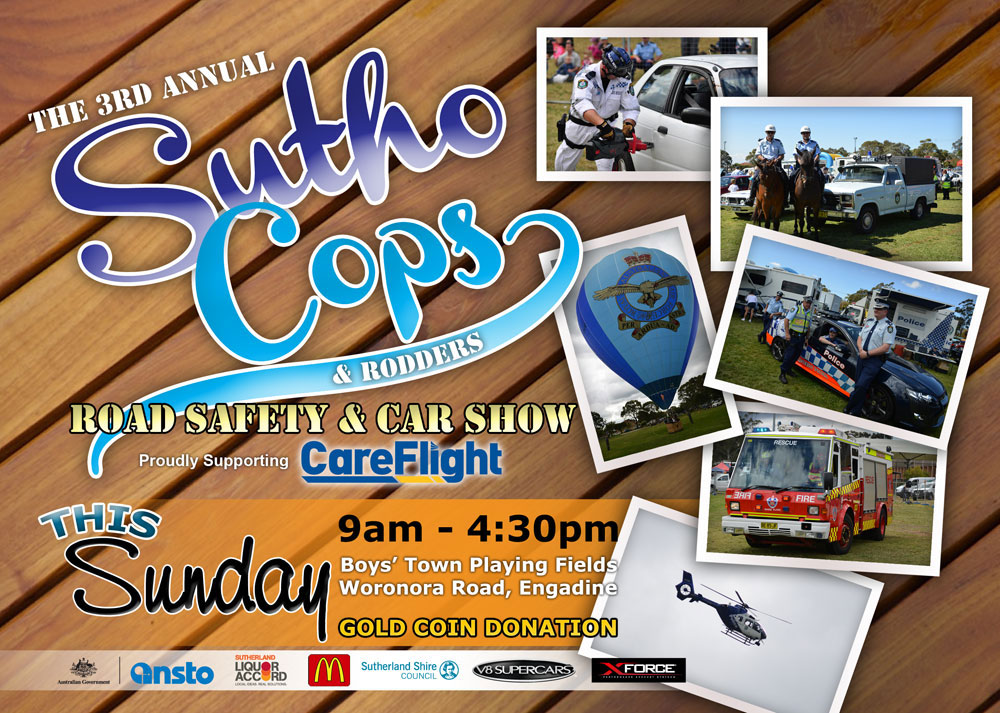 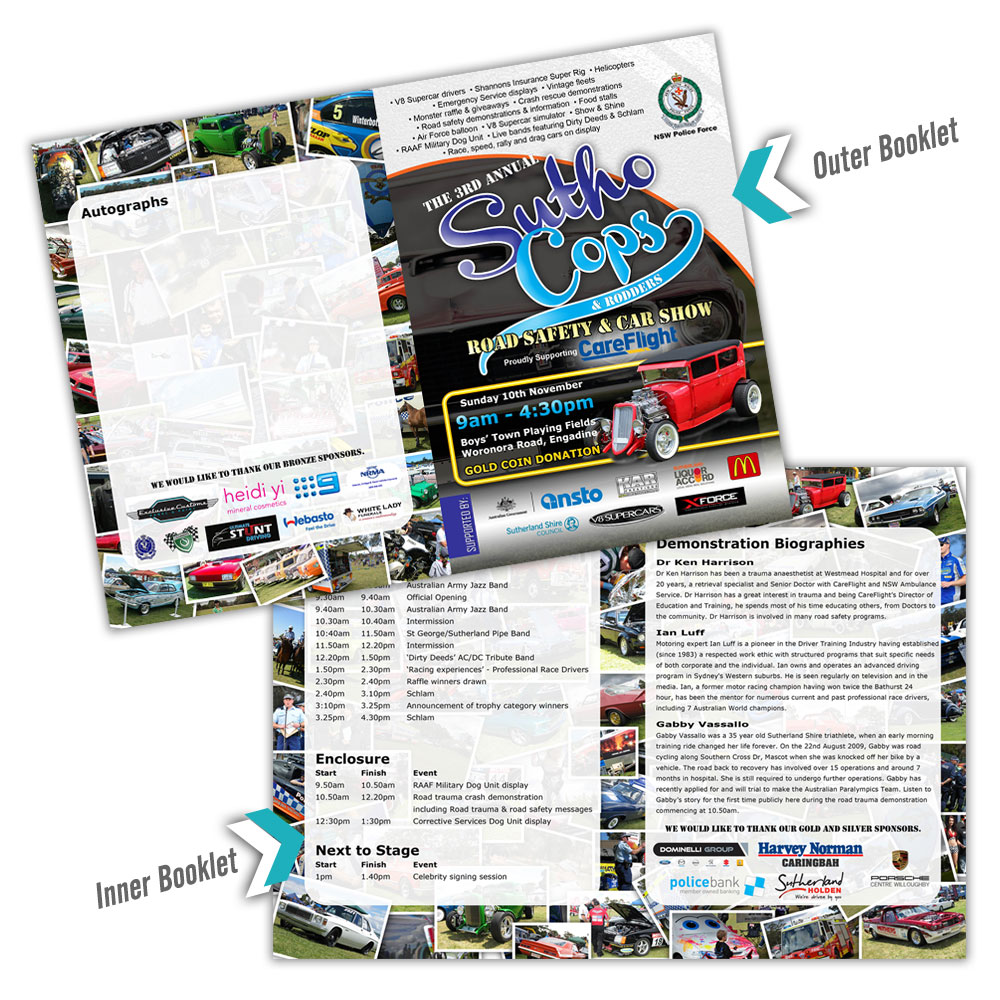