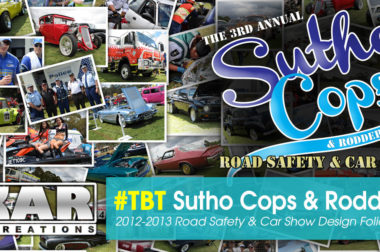 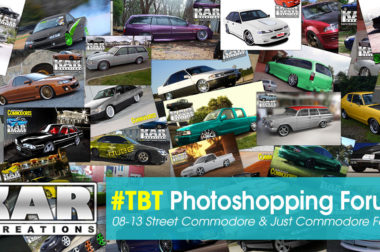 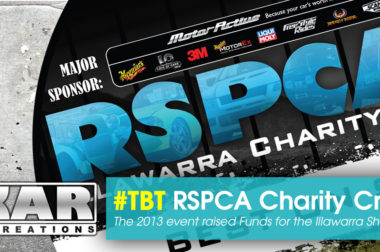 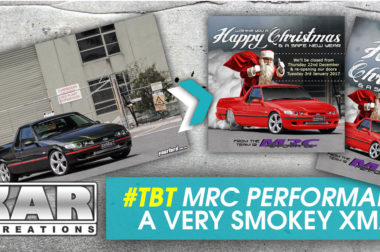 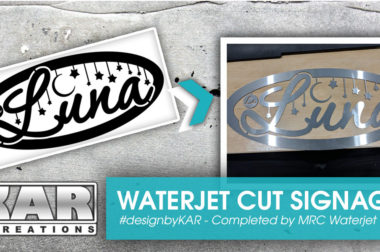 All our customers are important to us... but some demand more care & love than others - Our 3 year old daughter! My wife & I had spoken at length for as long as Luna has been alive about making a sign for her door but we just never got around to starting the job. Enough was enough we thought it'd be cool to enlist the help of our good mates @ MRC WaterJet Cutting (website/facebook) what the original concept we'd designed in illustrator. The t 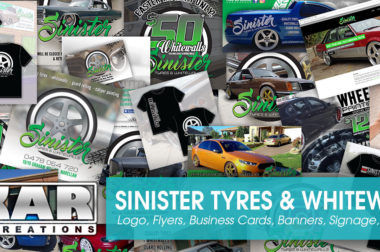 It's amazing how the simplest of interactions can turn into healthy business relationships... but more importantly - life long friendships. This is the case in this scenario with Cameron from Sinister Tyres & Whitewalls, we initially started out with a friendly barter where we designed a facebook cover & profile image for some whitewalls (well red but yeah) for my pride & joy (read constant headache)... During out interaction we became frien 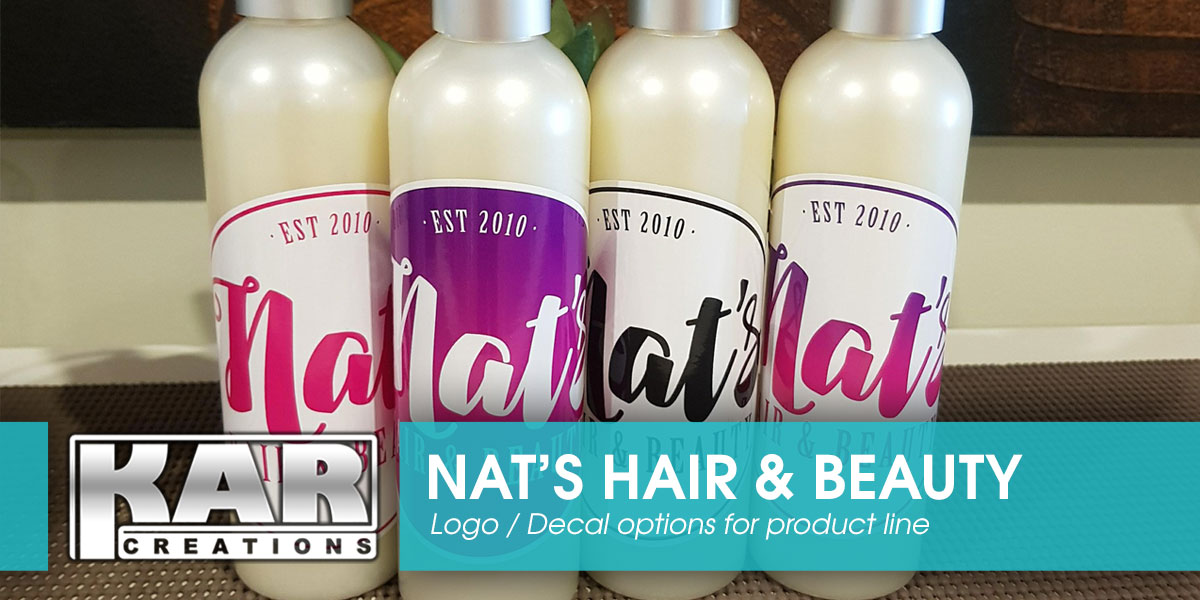 Our good mate & owner of Sinister Tyres & Whitewalls wanted to surprise his fiance with a logo for her business (Nat's hair & beauty) - We had to be involved! After discussing the sort of things she liked, colours etc we went away & fondled with several idea before ending up with what you see - We also, JUST before finalising the design illustrator CRASHED & we lost the lot. Only good thing about this is that we were able to fix t 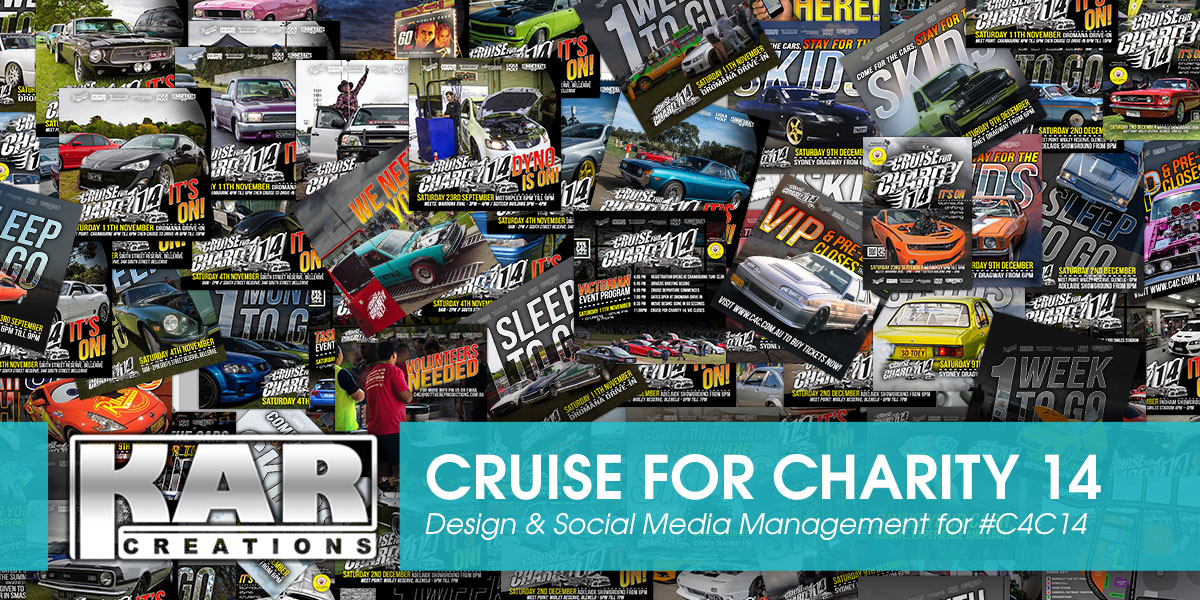 Cruise for Charity - Genuinely my favourite part of the year which typically spans September to Early December! The event is extremely dear to my heart as I've been involved with the event since Cruise for Charity 6 from memory when it was run by the team at Street Commodores who founded the event under Jason Grey. As a reader of the Street Commodore Magazine & avid user of their forum (RIP) I offered to volunteer at the event doing general shitkick... 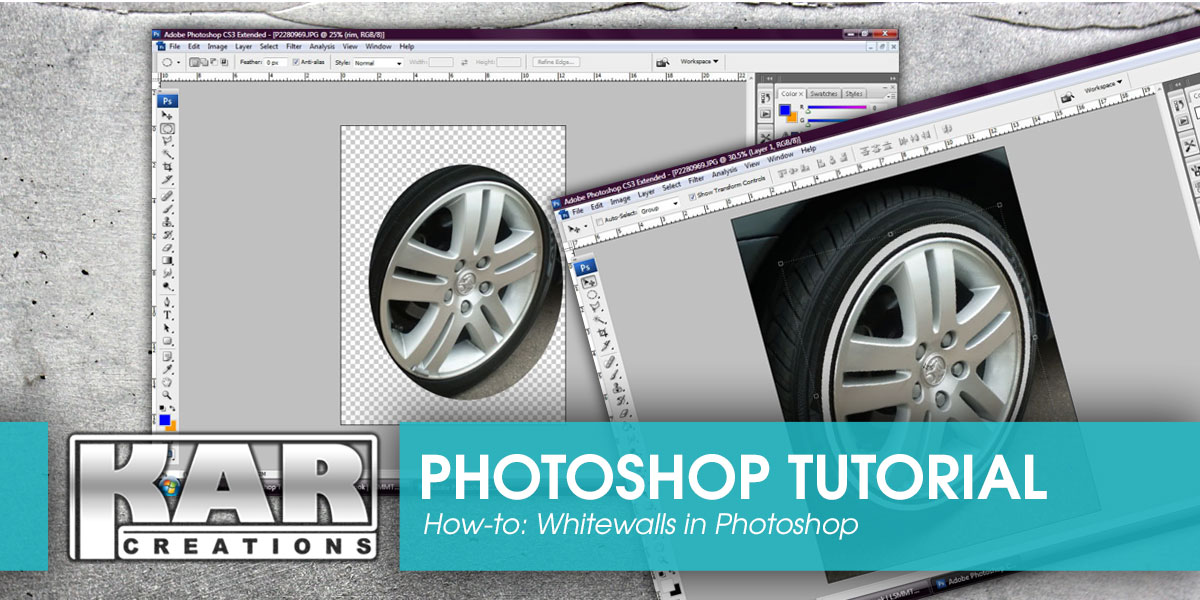 So you want Whitewalls on your ride but don't to commit before seeing what it looks like? Lets looks at Whitewalls in Photoshop There are two different ways to do it.... If it's directly from the side then this is option 1,  and if option 2 is when its not directly from the side and required some extra effort.... Option 1 1. Select the elliptical marquee option (2nd from the top which is indented)   2.Using the elliptical marquee tool s 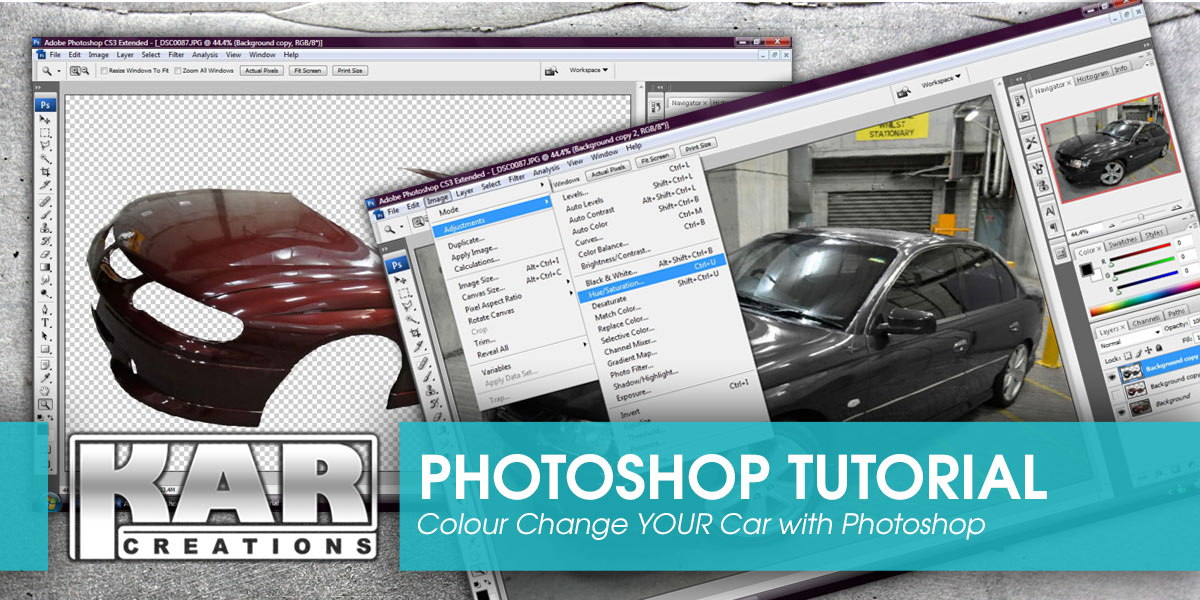 Need/Want to change the colour of your car? Afraid to spend the cash only to hate change? Well sit, open Photoshop & follow our simple step-by-step guide colour changing in Photoshop   Photoshop Tutorial - Colour Changing your car Hi All, Here's a post I put together for the Just Commodores forum back in 2010 - It's still relevant so I thought I'd share the knowledge. Many, many hours were spent helping people out by rending their cars for